Get in on March Madness and Support the Friends Academy Athletic Department!

We are excited to invite everyone to participate in our very own March Madness Event, to follow the 2019 NCAA Division I Men’s Basketball Championship.  Our March Madness underwriting opportunity is back after the success and great fun had by all last year!

Imagine the bragging rights you and your team will earn as they fight all the way to being crowned NCAA champion! Our FA March Madness champion will also receive our game ball that has been signed by other participants.

Space is limited, so commit early and represent a team that could go all the way and remember; there can only be one champion! 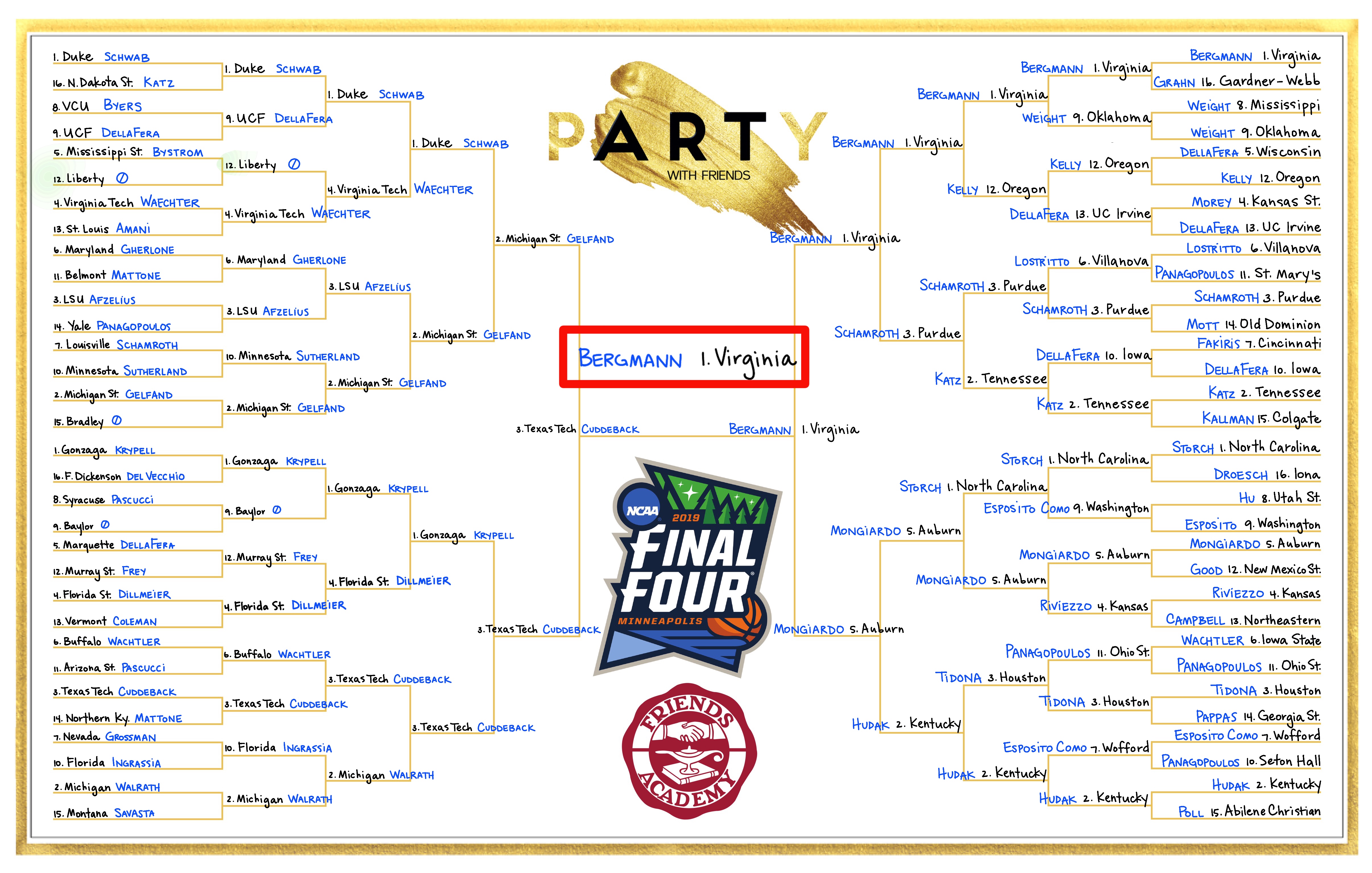